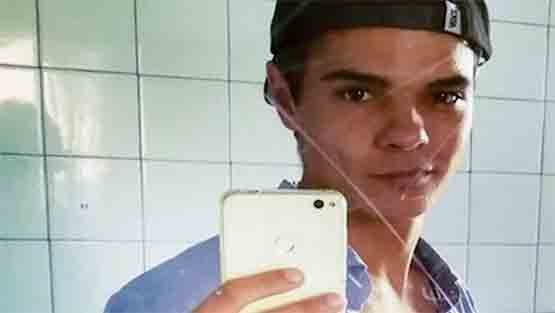 A Spanish man sentenced to 15 years in prison for murdering his mother, eating her, and feeding to his dog

After being accused of murdering and devouring his mother, a Spanish man called the “cannibal of Las Ventas” was sentenced to 15 years in prison. Alberto Sánchez Gómez, 28, was detained in 2019 when police discovered parts of the body in plastic containers outside his mother’s home.

As per a statement from the Madrid, Spain provincial court, Alberto Sanchez Gomez killed his mother at the home they lived in Madrid in early 2019, got into an argument between the two.

According to CNN, Gomez later sliced up his mother’s body and started eating her for at least 15 days. In February of this year, he was imprisoned, and his trial began in April. Sánchez’s claims that he was having a psychotic episode at the time of the murder were dismissed by the court.

In February 2019, cops were called to Gomez’s house in eastern Madrid after a colleague expressed concern about his mother, Mara Soledad Gómez, who was in her 60s.

During the trial, the judge noted that Sánchez, who was 26 at the time, murdered his mother during a disagreement. Over the next two weeks, he dissected and ate chunks of her body, feeding some to his dog.

Officers discovered bits of the victim kept in Tupperware boxes when they came onto the scene. Gomez allegedly put other portions of his mother in the fridge and garbage bags, according to court documents.

He now will serve 15 years in prison for killing and five months in prison for mutilation of a corpse. He has also been compelled to compensate his brother for $73,000.

After chopping up his mother’s body and eating “her corpse for at least 15 days,” he was charged with manslaughter and sentenced to five months in prison for destruction of a body.

According to Spanish media, he was known to police because of his mother’s abuse and had broken a restraining order at the time of his detention.