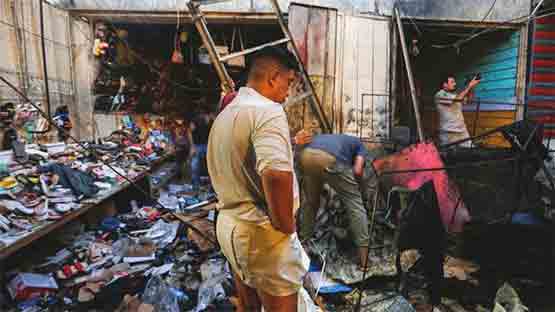 Iraq: A bomb blast near the Iraqi capital, Baghdad, has killed at least 35 people.

Dozens of people were injured in Monday’s bombing.

According to Al Jazeera television, the bodies of people who had gone to buy goods after the blast bodies were scattered in the market. Most of the dead were women and children.

It is the largest bombing in Iraq in six months. The terrorist group IS has claimed responsibility for the blast. He said the device was connected and detonated, killing one of its members.

The Iraqi government declared victory over the Sunni Muslim jihadist group in 2017. Even so, small groups were active in different parts of the country.