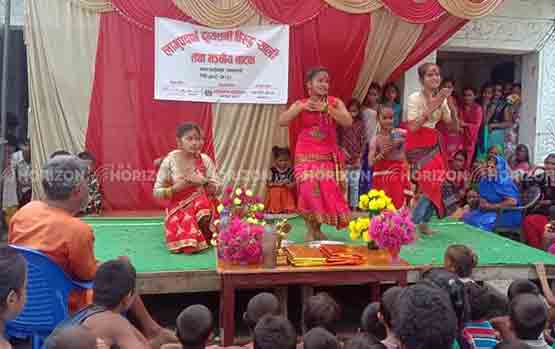 Speaking on the occasion, Chairman Nathu Khatik said that the number of drug addicts in the community is increasing day by day. It is the responsibility of all of us to raise public awareness to curb the use and sale of drugs, but people in the community have developed a habit of consuming themselves and others as well.

A program to make a living plan for adolescents in Sarawal and Palhinandan villages has been completed with the support of ABC Nepal and Strome Foundation.

In which the life plan of the teenagers who aim to become teachers, tailor masters and doctors was made after discussing with the parents and teenagers. Rajman Barai, Supervisor of ABC Nepal, and parents participated in the program.