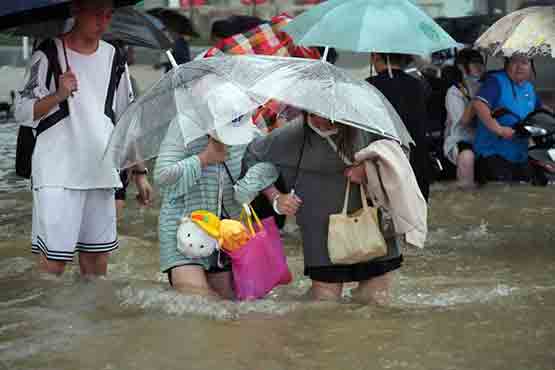 The torrential rains from Friday to Tuesday have killed 13 people and evacuated 200,000 people.
More than 3,000 People’s Liberation Army has been deployed to rescue the victims.
Railways, roads, and airports are closed.

Zhengzhou, the provincial capital, has been hardest hit by the rains. Many people were trapped when the Zhengzhou subway was flooded.

The city of Zhengzhou is on the banks of the Yalu River. The river has risen due to heavy rains and the dammed dams are in danger of bursting at any time.

Citing meteorologists, Chinese media reported that 617 millimeters of rain fell in Zhengzhou from last Saturday to Tuesday. The average annual rainfall in the city was 640 mm.

Meteorologists estimate that Henan receives so much rain once every 1,000 years.

Heavy rains are expected in the province on Wednesday and normal rains will continue for a few more days.