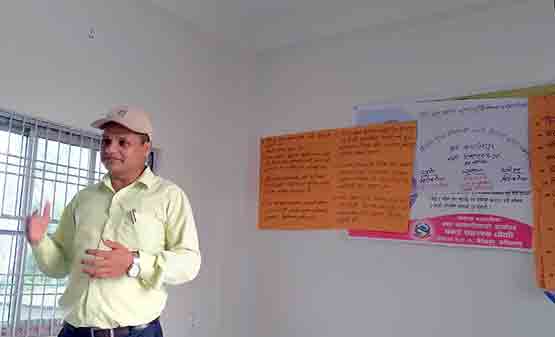 Meanwhile, in the program, Teklal Sapkota, ward chairman of 3, said that due to illiteracy and lack of awareness, the incidents of gender-based violence could not be brought out from the village and society. “Gender-based violence can be minimized only if we help victims as soon as we find out about social crimes,” he said. It is necessary to increase understanding, harmony, and consciousness in the society, said Ward Chairman Sapkota.

Addressing the program, Mr. Bhandari, Program Officer of KIRDARC Nepal Kapilvastu, said that a monitoring committee needs to be formed for the victims to have a voice, debate, and lobby. He said that it would play an important role in awakening the spirit of equality, cooperation, mutual harmony, understanding, unity, and brotherhood. Bhandari also expressed the belief that it would be easier for the victims to get justice, rights, and entitlements.

Chief of Chanai Health Post, Jitendra BC, said that discrimination on the basis of gender was a heinous crime and urged all to take action from their own place to reduce gender-based violence. Stating that gender-based violence was caused due to social and cultural reasons, he said that the government should not only reduce violence but also take necessary steps. As women and men have equal rights, every service and facility should be provided.