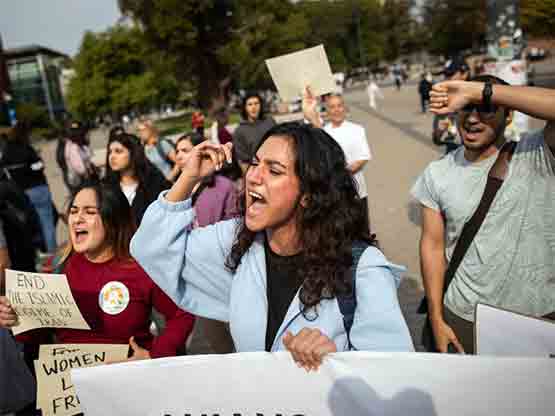 When the man was asked to address them, the teenagers waved their headscarves in the air and yelled, “Get lost, Basiji.”

The protests started by the death of a young woman while in detention have been put down thanks in part to the Basij’s assistance.

In other videos shared on social media, a man can be heard shouting “death to the dictator” as a group of girls cross the street in Sanandaj, a city in the northwest, and an old woman can be seen cheering as schoolgirls in revealing clothing chant “liberation, liberation, liberation” at a street protest.