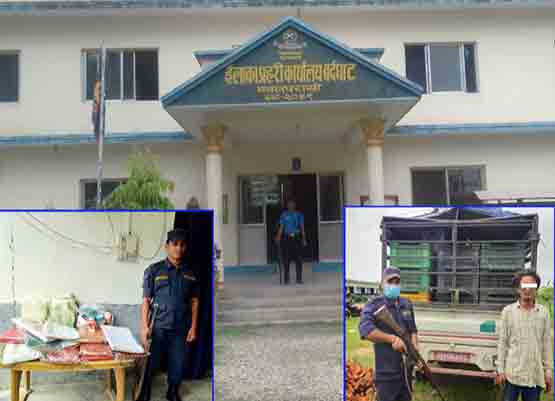 Illegal broiler chicken and goods worth Rs 315,000 recovered while importing from India, News of Nepal

Nawalparasi: Illegal chickens and goods worth Rs 315,000 have been recovered in West Nawalparasi. A police team deployed from the Bardaghat Area Police Office had seized illegal goods worth Rs 235,000 importing from India.

According to the District Police Office, Nawalparasi, various goods worth Rs. 315,102 and illegal broiler chickens are deployed as per the information officer Raju Lama.

Similarly, a police team deployed at Guthiprasauni Police Post recovered four cartoons of raisins and four cartoons of liquor written Dada, 20 liters of petrol, and 74 liters of diesel from Suryapura of Pratappur Rural Municipality. The value of the goods seized by the police is around Rs 20,374.

The seized goods are worth around Rs 59,728. All the seized goods have been handed over to the Maheshpur Customs Office for necessary action, said Raju Lama, Information Officer, District Police Office, Nawalparasi.