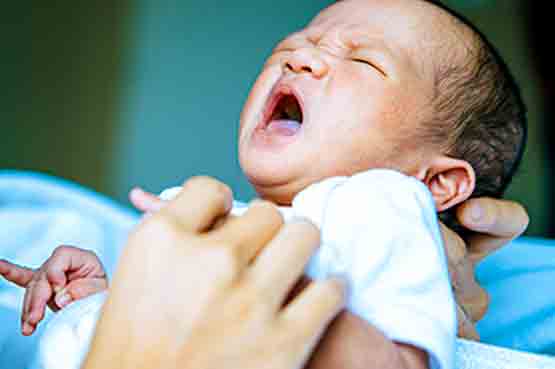 In Thanjavur, Tamil Nadu, a nurse cut the baby’s finger while removing the intravenous line

Tamil Nadu, India: At a public hospital in Tamil Nadu’s Thanjavur, a nurse reportedly chopped a piece of a baby’s left thumb, starting in the middle and ended at the top, while attempting to remove an intravenous line (IV) using scissors. On Monday afternoon, the accident happened.

A senior doctor performed surgery to reattach the severed portion to its original location, using a stent to provide support.

The father of the two-week-old kid informed journalists that the thumb was sliced ‘due to the nurse,’ and demanded that she be disciplined.

The baby may have trembled when the Intravenous Line was being removed with scissors, and the tip portion of the thumb was sliced, according to Dr G Ravikumar, Thanjavur Government Hospital Dean. He did promise, though, that the case will be investigated by the administration.

“It happened when the baby moved when the IV was being removed, according to my sources. We’ll launch a departmental investigation, and a committee has been formed to look into the situation.

Due to severe depression, the nurse has not been to the hospital. Depending on the findings of the investigation, suitable action will be done once she returns,” he further added

Dr Ravikumar said it would take at least three days to determine whether the severed section of the thumb will be successfully reattached to its right place following surgery, and doctors do not want to disrupt the damage now since it might slow the recovery process.

He said the incident happened on Monday, just before the baby was about to be released.

He indicated that the inquiry panel, which consists of senior doctors and the nurse, would be questioned.

According to the dean, the full chain of events leading to the thumb piece being chopped will be investigated, and necessary action will be taken depending on the findings.