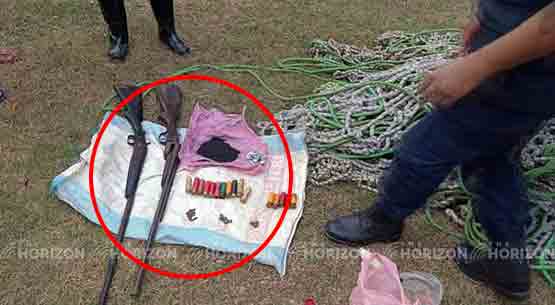 According to the police, two sets of 12-bore guns, 5 live cartridges (war rounds) used in a shotgun, 11 rounds of a shotgun’s holster, black dust containing about 300 grams of gunpowder, 57 shrapnel and a trap for three animals were also recovered.

A 32-year-old Muslim is under further investigation, police said.