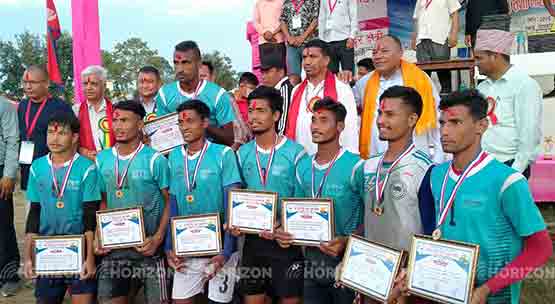 Galkot left the field after a dispute at the last minute of the match. It is said that Manimukunda won the first match after leaving the field against the decision of the referee. Thus Club has received 1 lakh 1 thousand prizes.

Organizer A has bagged third place in the game organized by Rising Star Youth Club. Similarly, Lafa Group and Everest Club competed in the women’s event in which Everest Club won first place.

Players from Rukum, Rolpa, Tanahu, Syangja Parbat and other districts participated in the men’s volleyball competition.