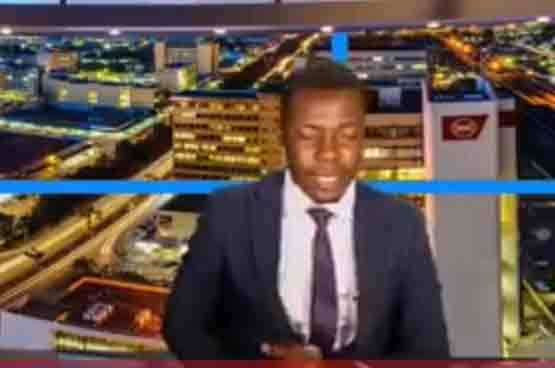 Zambia: A videotape of a Zambian newscaster requesting his money on live television has made headlines.

He was delivering out the top news headlines on KBN TV News (Kenmark Broadcasting Network) when he made an astonishing statement on camera.

Kabinda Kalimina disrupted a live news show to protest that the news channel had not paid him.

“Ladies and gentlemen, we are human beings who are not interested in the news. We need to be remunerated. Unfortunately, we have not been paid at KBN “he stated.

The news programme described it as “drunk behaviour” and a “one-night trick of fame.”

Kalimina has subsequently rejected their assertions that he was inebriated, and queried how he could have been while hosting previous shows.