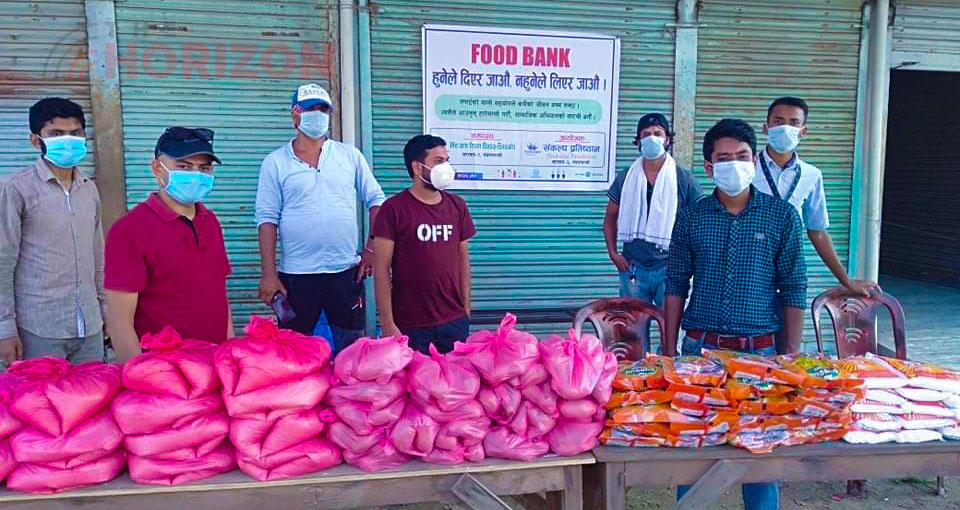 The Food Bank in Sarawal Rural Municipality of the district has been postponed for a few days after the District Administration Office, Nawalparasi, Bardaghat, Susta Paschim relaxed the ban. The Sankalpa Foundation West Nawalparasi project and “We Are from Basabasahi Sarawal- 1” has been in operation for four days since last Friday.

“Let’s give who have, let’s take, who don’t“, your little help can save someone’s life, so let’s join hands and become a part of the social campaign. So far, services have been provided to 337 people including the extremely poor, helpless and laborers.

The Food Bank has been distributing rice, salt, soybean, oil, potato, flour, rice, pulses, milk and other food items to the families on a daily basis. Chairman of the Sankalpa Foundation, Mr. Shusanta Sharma Ghimire, has informed that they will be active in this work again if the ban is imposed.

Concluding the Food Bank on Monday in the presence of the officials of the Foundation, “We Are from Basa Basahi, Chairman Mr. Sharma said that he was happy to be able to provide some services to the victims by targeting the families who could not afford even two meals.

He also thanked the media outlets for facilitating the relief distribution by disseminating news from various media outlets to the poor within the municipality. The food bank, which has been operating for four days, has provided services to 337 people at a cost of Nrs. 251,663, said Mr. Sanjay Maurya, general secretary of the foundation.