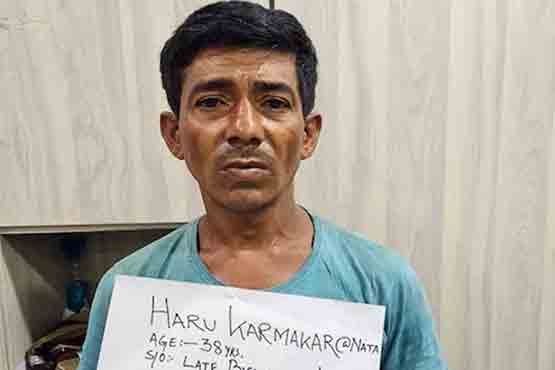 Shocking! How Rs 100 is the reason for Van Driver murder

Kolkata: In today’s world, Rs 100 isn’t even enough to buy a whole lunch. However, a man in Bowbazar, Kolkata, was killed for that small sum of money. Three persons have been jailed so far in connection with the incident, and all three have confessed to their crimes to the cops.

Bihar inhabitant Ranjit Sau worked as a van driver. He used to sleep under a house or on a sidewalk on Dutt street most nights. Sau had no family in the city, as per residents.

Sau was allegedly drinking alcoholic beverages with his buddies on Saturday night, according to police. During the night, a fight broke out between the buddies over the payment of Rs 100. In the middle of the accusations and obscenities, one of them grabbed a brick and slammed it into Sau’s skull.

Locals discovered the body on the sidewalk and alerted the authorities. The police recognized the perpetrators and detained them after reviewing the CCTV footage in the vicinity.

According to witnesses, the three defendants and the victim used to drink a lot of alcohol late at night. Despite the fact that the four guys were close friends, they frequently quarreled and fought. At the intersection of Balaji Dutt Lane and Zakaria Street, the four were frequently spotted together. On Saturday, the petty quarrels they used to have reached a head when Sau was slain overpayment of Rs 100.

On Monday, the accused was scheduled to appear in court. According to police sources, all three individuals were drunk at the time of the murder.

Despite the fact that they have confessed to the crime, authorities continue to question them in order to elicit more information. Officials are investigating probable explanations for the escalation of the argument.