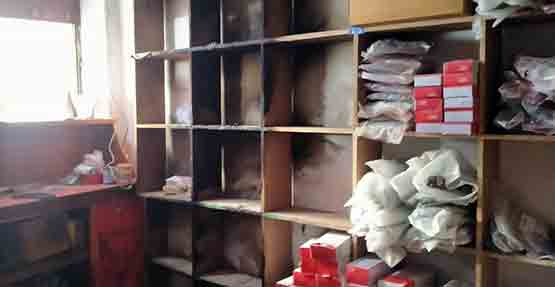 The giant fire broke out in Siddhiki Auto Traders , The Horizon Times, News of Nepal

According to Nafis Siddhiki, operator of Traders, an estimated 800,000 motorcycle parts were damaged due to the power outage at around 10 last night. Siddhiki, who has been selling and repairing Yamaha motorcycles and scooters at Traders for the past three years, explained the incident.

Police Inspector Shankar Acharya of Ward Police Chandrauta informed that further investigation is underway into the cause of the fire.