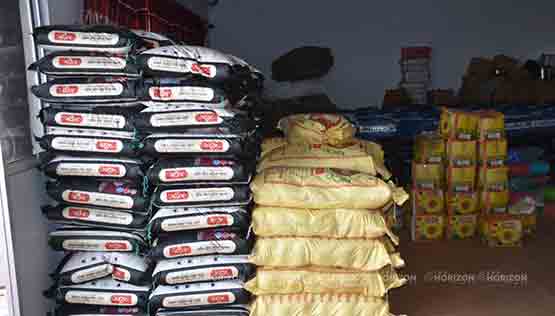 This is how Start Fund is helping the distressed family, Disaster Friend Start Fund, The Horizon Times, News of Nepal

Nawalpur: Last week’s incessant rains damaged most parts of Hupsekot Rural Municipality in the Nawalpur district. Landslides in wards 2, 4, 5, and 6 of the rural municipality directly affected about 400 families of 94 households and killed 3 people.

Dhanmaya Saru, 30, of Lower Rumsi, Hupsekot, said that the relief fund provided by the organization has been a great help as the families of 10 people have lost their houses, food, and clothes due to the landslide and are starving at the local community school.

Similarly, Yam Bahadur Pulami, a resident of Upper Charghare, Ward No. 4, had a family of 15. He lost his 42-year-old mother and two nieces due to the landslide. This small contribution has also helped his extended family, who were forced to live in someone else’s house after all their belongings were swept away by the landslide.

Regarding the current situation, Hupsekot Rural Municipality chairperson Laxmi Devi Pandey says that the biggest challenge now is the relocation of landslide-affected people.

Asked about the upcoming plan of START Fund Nepal, Gautam Raj Adhikari, Vice President of START Fund Nepal, said that the flood and landslide affected relief program will be carried out in a phased manner. As there is an urgent need to provide temporary shelter for the 18 households living in the schools of Hupsekot Government.

The first priority of the government is to protect the immediate livelihood of the people during the disaster. The local government, the federation, and the states have an important role to play in this. The government should be able to provide security to the victims within 24 hours. Arrangements should be made for a fund to help the victims.

The government should immediately put an end to the practice of being involved in the process in times of calamity and focus on efficient and sound management.