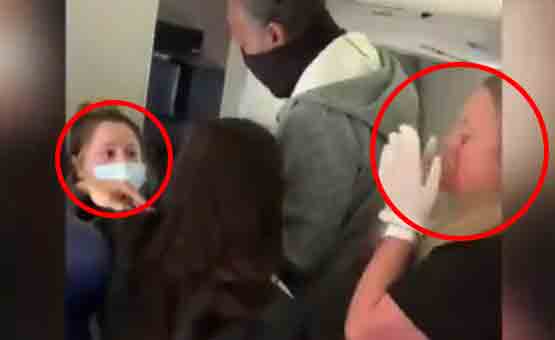 A woman on board a US-based airline assaulted a flight attendant, left her wounded and with two damaged teeth in a disturbing scene. As per sources, when the jet approached San Diego International Airport, the flight attendant urged the passenger to fasten her seat belt.

A video of the incident on board the plane went viral once it was posted on the internet. The attendant ends up with a wounded face in the video, which surprised the other passengers.

According to CBS News, the plane was traveling from Sacramento to San Diego at the time of the incident. When prompted to obey instructions, a young woman is seen standing up and abusing the attendant in the footage. The flight attendant was injured, and two of her teeth were broken as a result of the incident.

A male co-passenger, on the other hand, rushed to her aid and shouted at the lady to stop beating the attendant. “Take a seat! You must not touch a flight attendant in that manner “The woman who assaulted the attendant was seen shouting at the co-passenger.

If that’s the case, she was within her rights to hit the attendant.”