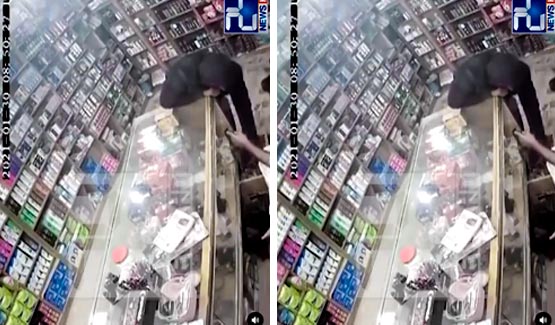 The world is a strange place, and strange things happen daily. A clip from Pakistan has gone viral, showing a shopkeeper willing to let a robber rob him.

A person named Manoj Mehta published the video on Instagram, and several have reposted it on Twitter.

The robbery was caught on camera by the shop’s CCTV system, which recorded video of the burglar entering the premises. Initially, he took several items from the shelf and delivered them to his associate, instructing him to load them into the car.

Before the burglar could ask the grocer for the cash, the latter began placing it in a pouch and preparing it for the thief.

“So where are all the big notes?” the robber questioned.

“I have not yet made sufficient sales ,” the grocer said.

Then he questioned the robber whether he might keep some coinage in the cash box, and the thief consented, saying, “Yes, keep 10-20.” The thief further claimed that the burglary was enforced upon him.

The robber consented to the shopkeeper’s request that he will not return to his store.