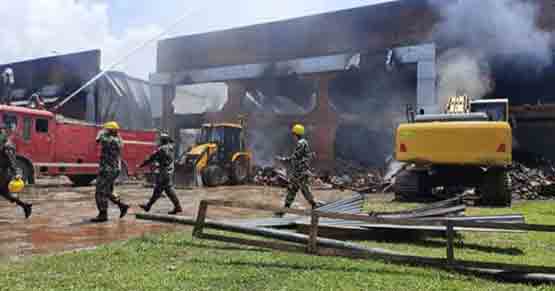 Within five hours, the fire at the Chaudhary Group (CG) industry of Nepal was extinguished

The fire damaged beer, other beverages, raw materials and other items, according to police. It is estimated that the fire may have been caused by an electric shirt.

Deputy Superintendent of Police Giri said that they have not yet received the exact details of the damage caused by the fire.