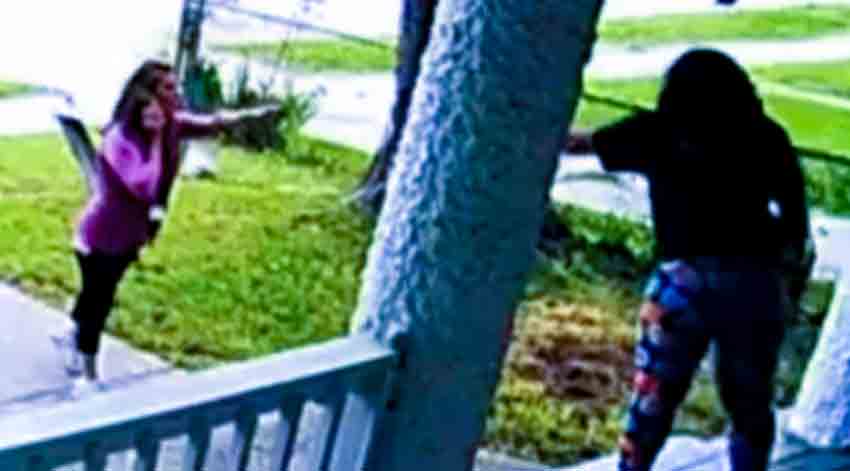 After being caught on camera telling a Black neighbour she’s “not the right colour,” a Virginia woman was fired from her work

Virginia: A racist comment made by a Virginia woman to her Black neighbour was caught on tape.

In the clip, the woman can be recorded speaking, “You’re not the right colour, honey.”

According to local reports, the woman was terminated from her job at a Virginia food bank.

As per the local newspaper The Progress-Index, a Virginia woman who made racial comments about her Black neighbour was terminated by her employer.

The woman is seen in the front of her neighbor’s Colonial Heights, Virginia, house, saying her that she’s “not the right colour, honey,” according to clip released.

“I’m an n-?” the neighbour can be heard saying repeatedly in the clip.

“Yes, you are,” the white woman replied.

The woman is seen at the end of the clip with a name tag that seems to be a job tag and reads “Hilary.”

The cause of the conflict was not immediately apparent, but the neighbour, Laquetta Good, told the Daily Mail that it was due to a disagreement among their kids.

Good told the Daily Mail, “I feel like a prisoner in my own house.” “‘She’s named me a lot of names before, but hearing her say something racist surprised me.”

According to the newspaper, the woman employed at Chesterfield Food Bank and was terminated. The occurrence, according to Kim Hill, CEO of the food bank, was a “sad and tragic condition.”

“We, here at the CFB, are heartbroken to see this behaviour because it clearly contradicts our beliefs and principles,” Hill said in a report published Friday.

“It is a pleasure for us to represent each and every one of you with honor and dignity.

“We have fired this employee as a result of this case,” Hill said. “We are dedicated to maintaining a healthy, uplifting, and inspiring atmosphere for our employees, visitors, and customers.”