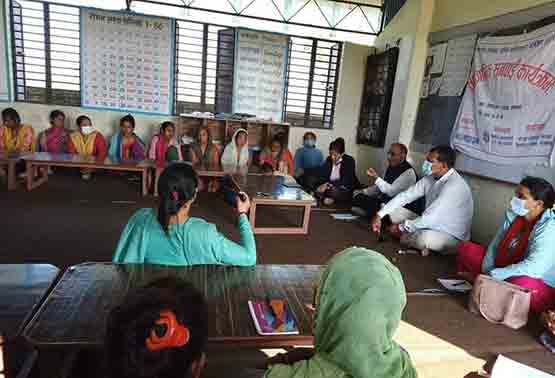 Kapilvastu: Public hearing program of Buddha Basic School at Shivaraj-2, Kapilvastu has been completed. Ward Chairman Ram Bahadur Chaudhary said that the community should play a role in making quality education effective in the program held in Harharwa on Saturday.

As the role of the teacher is the same as that of the parents in bringing education forward, he emphasized the activities of providing quality education to the children. He said that if various issues including physical infrastructure were raised in the public hearing, it was necessary to address them in the coming days as well.

Ward Chairman Chaudhary said that KIRDARC Nepal has been carrying out various self-reliance activities in his ward and has also provided support to schools.

Chief of the Shivraj Municipality Education Branch, Lokraj Panthi, said that everything can be done only if unlimited resources are used in a limited way. He said that instead of bringing problems, they should focus on how to solve them.

Stating that Shivraj Municipality has received more services in education as compared to other municipalities, he said that the focus is on how to make teaching and learning effectively. Binod Kewat, Community Development Officer of KIRDARC Nepal, informed about the work done by the organization and said that help has also reached the school.

School management member Buddhai Khatik, parents’ association member Sarita Tharu, Bimala Chaudhary, and others said that the school has improved a bit. According to Kamala Sharma, principal of Buddha Basic School, the basic condition of the school has been explained.

Amrita Tharu, Community Facilitator of KIRDARC Nepal, said that 49 people participated in the public hearing organized by Buddharaj Aadharbhut Vidyalaya in coordination with Shivraj Municipality Ward No. 2 with the support of Storm Foundation.