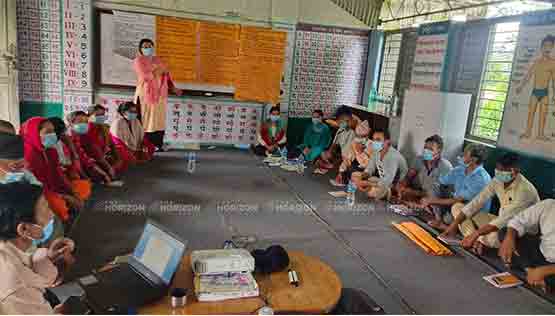 Different policies are to be formulated for school improvement, ambitious plans hedged, The Horizon Times, News of Nepal

Kapilvastu: A one-day orientation program on good governance, self-assessment, review, and construction of school improvement plan has been completed in a school in Kapilvastu.

Orientation has been completed in Shree Saraswati Basic School, Shivpur under the Sustainable and Dignified Socio-Economic Empowerment Program (SIDS) run in partnership with Storm Foundation and KIRDARC Nepal. The Chairman of the school, Chhand Bahadur Singh GC, informed that the aim is to bring a radical change in the quality of education by improving all aspects of the school.

After identifying the problems of the schools, orientation has been organized for the formulation of a five-year school improvement plan (SIP), said Chairman GC.

In the program, Shivraj Municipality Ward no. 1 Jagat Bahadur GC, ward chairman of the party, suggested not to formulate an ambitious plan. Ward Chairman GC pointed out that the ambitious plan would not be in the educational interest of the school. He expressed the belief that making a plan based on truth and facts would help in the all-around development of the school.

Facilitating the orientation, Mr. Bahadur Bhandari, Program Officer of KIRDARC Nepal, said that the school improvement plan should be formulated only after self-evaluation of the school. He expressed the belief that an excellent plan can be made by including a meticulous study from the school gate to the net. The orientation program was attended by the school management committee, teachers and parents association officials, parents, teachers, and students of the children’s club. Along with the orientation, the school plan will be drafted and implemented.