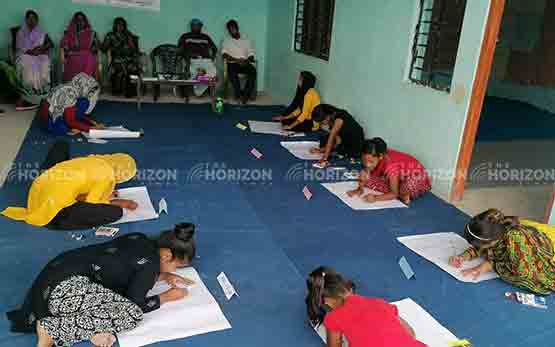 Painting competition on violence against women organized by ABC Nepal, The Horizon Times, News of Nepal

Speaking at a program chaired by SST Chairperson Poonam Patel of Rampurwa Adolescent Dialogue Center, Patel said that the Government of Nepal has given 33 percent rights to women. However, our society and some people in the society are still not recognized.

She thanked the adolescents and ABC Nepal for organizing a drawing competition program on violence against women.

Social activists Sahaban Rain and Kurban Ansari were the judges of the program. The program was conducted by Raju Harijan.