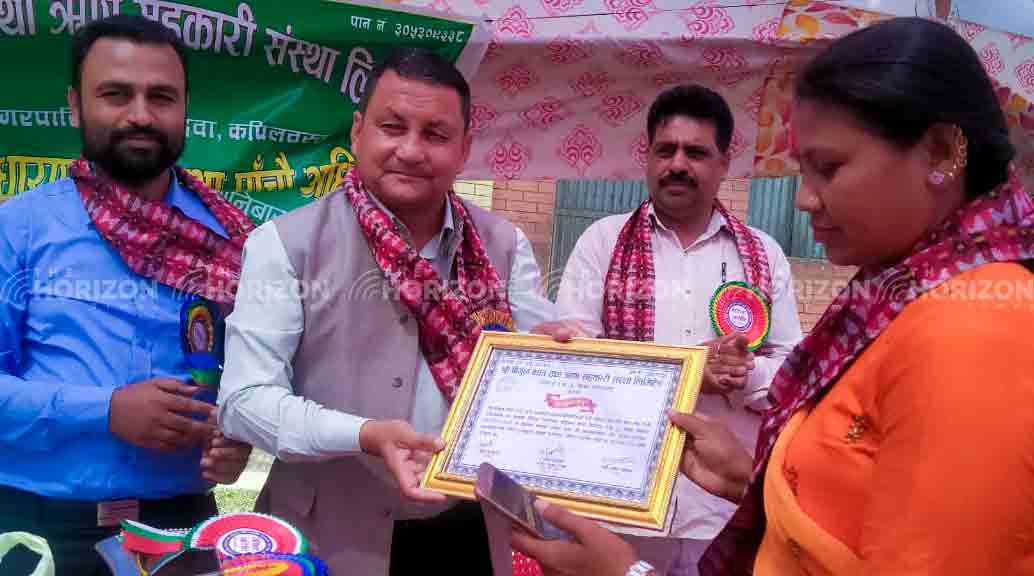 Kapilvastu, Nepal: The ninth general meeting and the fifth convention of Bigul Savings and Cooperative Society have been concluded. The convention of the cooperative concluded on Saturday in Madawa, Shivaraj Municipality-3 of the district.

Similarly, a three-member of accounting committee has been selected under the coordination of Deviram Pandey, said Gyan Bahadur G.C, manager of the cooperative.

Meanwhile, Lumbini Province Assembly member Arjun K.C said that the cooperatives should conduct skill-based trainings to make the members self-reliant. He said people only participate in cooperatives to take loans and savings, this concept will be changed.

He stressed on the role and planning of cooperatives to empower women in the fields of agriculture and micro-enterprises.

Chairman of the Kapilvastu Chamber of Commerce, Mahadev Pokhrel, said that they have raised a small amount of money and now they have a large capital. Chairman Pokhrel stressed that the cooperatives should now buy and sell the goods produced by the farmers.

Chairman of the organization Bhim Khanal presented the progress report and treasurer Krishna Giri presented the financial report. The cooperative has 321 share members so far.

Similarly, the cooperative has honored three members. According to the cooperative, Sabina K.C , Santosh Kumar Upadhyay and Durga Prasad Ghimire have been honored for good monthly savings , good daily savings and good in debtor respectively.