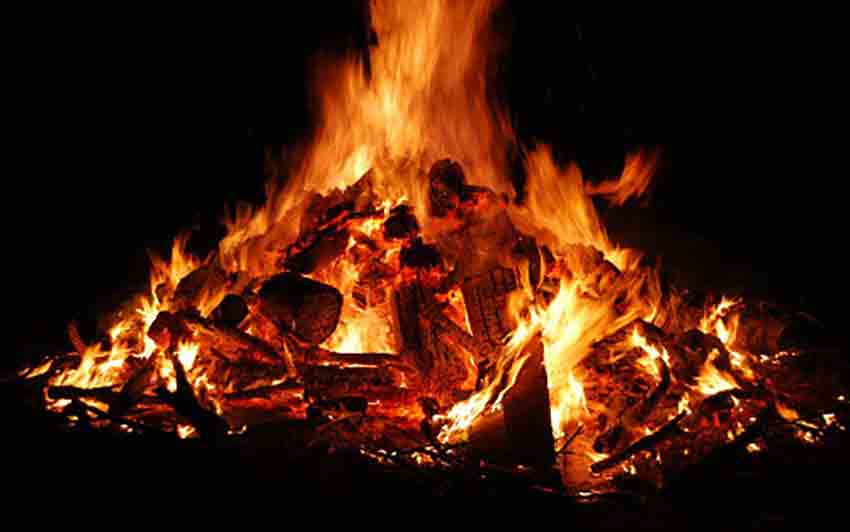 Barmer, Rajasthan: In a heartbreaking incident in Rajasthan’s Barmer district, a 34-year-old girl jumped into the burning pyre of her father, who died of Corona virus infection.

According to police, the incident took place on Tuesday evening. Police rushed the girl to a government hospital where she was sent to Jodhpur due to critical condition.

According to the information received, Damodardas (73), infected with Kovid-19, died on Tuesday morning.

The youngest daughter Chandrakala (34) insisted on going to the funeral site as there is no male member in the family.

There she jumped into her father’s burning pyre. The people present somehow evacuated him from there and called the police and ambulance. He was sent to the government hospital in Barmer.

Police say that Chandrakala was sent to Jodhpur after first aid.

Let us know that on Tuesday, 16,974 new cases of Korana infection were reported in Rajasthan, while 154 more patients died.