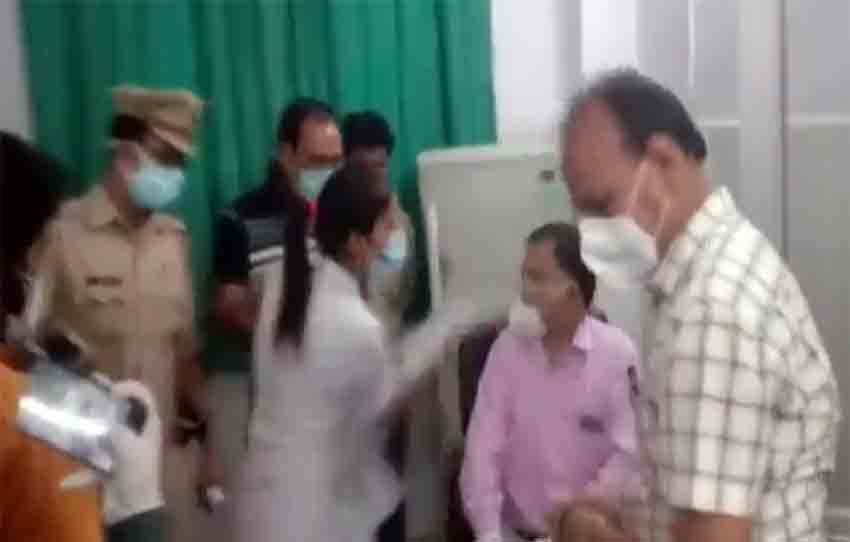 In a hospital in Uttar Pradesh, a nurse and a doctor slap each other about a dispute over a death certificate. Watch viral video

Uttar Pradesh: Health personnel around the nation are under a great deal of stress and distress as a result of the recent turbulent situations.

A nurse and a doctor reportedly slapped each other at the district hospital in Rampur, Uttar Pradesh, as a result of this.

The incident occurred on Monday in the doctor’s chamber, according to reports. Witnessing the act astonished family members of patients hospitalized.

The nurse headed to the doctor’s office and requested that a death certificate be issued.

The two got into an altercation, and the nurse reportedly slapped the doctor, who then struck back.

On social media, a video of the event has gone viral.

According to sources, when the nurse questioned the doctor to obtain a death certificate, he informed her she needed to submit a specific written letter, resulting in a verbal altercation.

As the dispute progressed, the nurse slapped the doctor, who then slapped her back, as seen in ANI’s video.

According to the department, the battle between the nurse and the doctor erupted because the healthcare workforce were overworked due to the COVID-19 resurgence.

“The staff were overwhelmed with jobs,” said city magistrate Ramji Mishra, “and the group, maybe due to tension, ended up slamming one another.”

Must Watch Video in Covid-19 epidemic