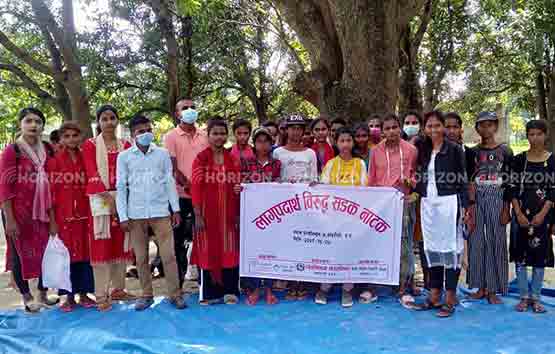 Nawalparasi: A street drama program against drugs has been completed in Palhinandan Rural Municipality, Ward No. 4 of West Nawalparasi.

A street drama program against drugs has been completed with the financial support of ABC Nepal, Strom Foundation and the cooperation of Samvad Kisor Kishori network.

He said that it was a legal crime to allow the use of drugs, adding that the drugs had ruined the education of the society and the future of the children.

Speaking on the occasion, special guest Yadav said that people have been on the verge of death due to drug abuse and added that it was necessary to take action against drug addicts.