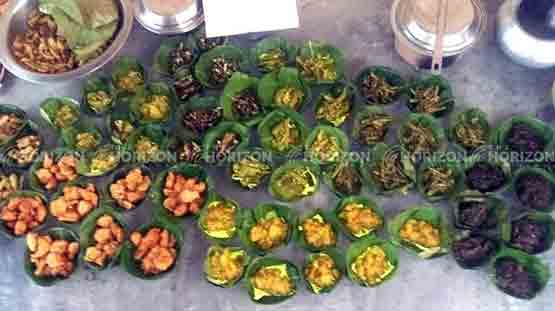 Whats is importance Atwari festival of Tharu Community, why it is celebrated? The Horizon Times

Kapilvastu: Nepal is a country full of different religions, castes, cultures, and traditions. Within this, Tharu, the only caste to succeed in maintaining Nepali history by making the motherland fertile, is still known as Bhamiputra.

The Tharu caste, which is one of the 126 castes in the country, is aware that it has made its identity different from other castes at the international level. In this context, Badki Atwari is one of the special festivals of the Tharu community. It is also the responsibility of the community to juggle it. The Atwari festival is celebrated by the Tharu caste every year. Though the Tharu community has been celebrating Atwari festival in the Tharu-majority areas across the country, there has been no uniformity.

While giving public leave on the occasion of Badki Atwari, Tharu leaders of Kapilvastu, Rupendehi and Nawalparasi have been claiming to celebrate next Sunday or September 19, said Uma Shankar Tharu, chairman of Tharu Welfare Assembly Kapilvastu. However, some Tharu leaders say that it is customary to celebrate Atwari on Sunday or September 12, five weeks before Dashain.

In this regard, some municipalities including Banganga of Kapilvastu have issued a notice of public leave. It is learned that the Tharu leaders and the entire community have demanded the municipality to take the initiative for public leave.

It is customary for people to fast during the Atwari festival, especially on Sundays, take a bath the next morning, cook sweets at home and eat, as well as send gifts to the married. Atwari is celebrated in the Tharu community as a festival of love, affection, harmony, and brotherhood between brothers, sisters, and neighbors. Atwari festival can be celebrated by reaching the house of one’s sisters. The Tharu community believes that this will deepen the love and affection between brothers and sisters. According to Tharu leaders, the main reason for celebrating Atwari is linked to historical events.

Bhima fought on the side of King Dangisharan and succeeded in defeating the enemies. It is important that the Tharu community has been celebrating Atwari festival on the occasion of this victory celebration.