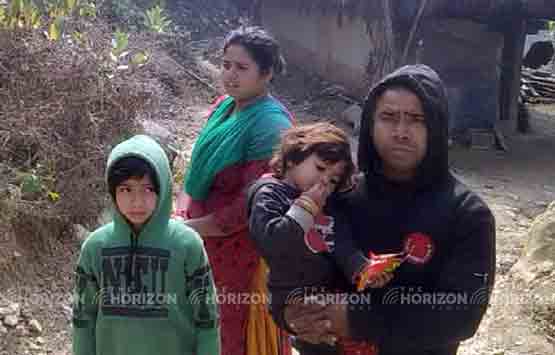 Administrations forced to live in dark in Kapilvastu, The Horizon Times, News of Nepal

Nepal: There is no electricity, no water, no communication facilities in the municipality. Citizens have been living in Chorkhola without facilities for years.

Citizens have been facing problems due to the lack of electricity in Chorkhola settlement near the east-west highway connecting Bhalubang, the capital of Lumbini province, about 15 kilometers from Chandrauta Bazaar, considered as the biggest market of Kapilvastu district. Similarly, locals say that citizens are forced to drink contaminated water even when there is no provision of safe drinking water. The local government should be responsible for the management of clean drinking water, but the locals also accused the Shivraj Municipality of being unaware of the issue.

The people of Chorkhola have been suffering even more due to the problem of living in darkness and drinking contaminated water and lack of medical treatment. Even for medical treatment, the local M.B. Sunar (Century) said. He said that the people of Chorkhola have repeatedly approached the concerned authorities for electricity but no response has been received. Sunar complained that there was no hearing even after repeatedly informing the Electricity Authority Office, Krishnanagar.

Shivraj Municipality Chief Netra Raj Adhikari said that he could not allocate a budget for the people of Chorkhola even though he wanted to. He said that the problems of electricity, drinking water, and the mobile network would be solved as soon as possible.

Meanwhile, Electricity Authority Krishnanagar chief Kamar Alam said that he was taking initiative for electricity and that he was short of budget. Chief Alam also said that it was difficult to supply electricity as there was a lot of investment in places with many settlements. The Electricity Authority Krishnanagar has informed that the work of installing electricity will start in a few months as the report has been prepared by monitoring the area. Around 35 households in Chorkhola village are facing problems including electricity, drinking water, and mobile network.