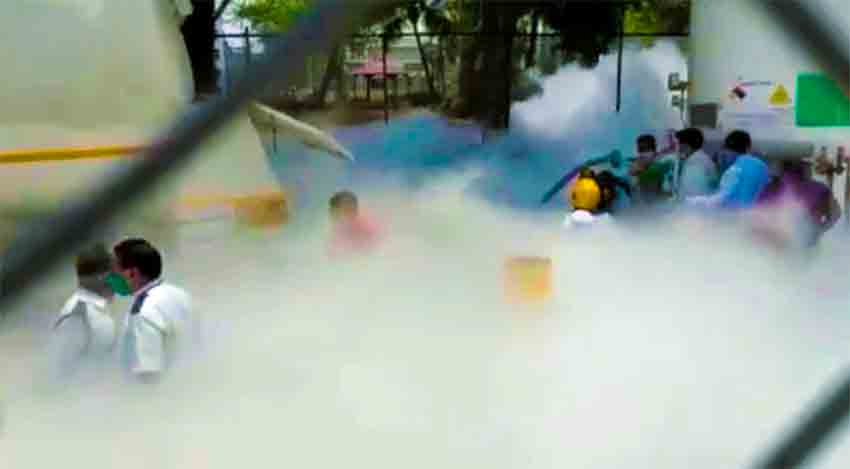 After an oxygen leak in a Nashik hospital, 22 patients on ventilators died

Nashik, India: An oxygen tank leaked at Zakir Hussain Hospital in Nashik on Wednesday, killing at least 22 patients, according to a report.

At the time of the incident, there were 171 patients in the hospital.

“The oxygen supply was cut off for 30  min due to the leakage, and those on the ventilator are died,” said Kailash Jadhav, Nasik Municipal Corporation Commissioner.

“People died as a result of a leakage a private company’s oxygen tank, which caused the reduced he pressure.

This company is in care of the tank’s preservation “Suraj Mandhare, Nashik Collector, said.

“This is a tragic occurrence. I spoke with the mayor of Nashik, who assured me that the condition is under hand. I’ll be in Nashik in a few days.

Some patients are being transferred to different hospitals.

Union Minister Amit Shah tweeted his condolences to the deceased’s relatives, saying: “The news of an oxygen leak at a hospital in Nashik saddens me.

I send my heartfelt condolences to the families of those who have lost family members in this horrific event.

I pray to God for all of the other patients’ efficiency.”