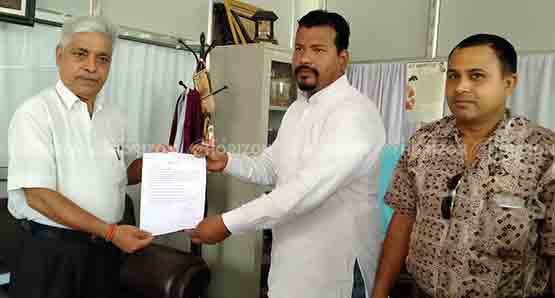 Animal Husbandry Association of Kapilvastu, Nepal handed over a memorandum to the mayor, The Horizon Times, News of Nepal

Raju Kharal, president of the association, said that the municipality has not addressed the farmers who are engaged in commercial animal husbandry. It is mentioned in the memorandum that if the demand is not addressed, a phased agitation will take place. The memorandum demands that commercial farmers should be identified and addressed separately, subsidies should be provided for production-based (milk and meat) and animal breeding improvement programs should be made effective as it is not effective.

At least one veterinary technician should be provided for commercial farmers and the mayor has been asked to make arrangements after discussing with the representatives of the farmers’ association while formulating policies and programs for the farmers, said Kharal.

Understanding the memorandum, the mayor said that the city is ready to address the demands of the farmers. Stating that there is a plan to provide subsidies to the farmers on the basis of production this year, the official said that efforts will be made to make the breed improvement program effective.

He said that most of the demands of the farmers have been addressed after the arrival of the people’s representatives at the local level and now he has expressed his commitment to giving special priority to the commercial farmers.