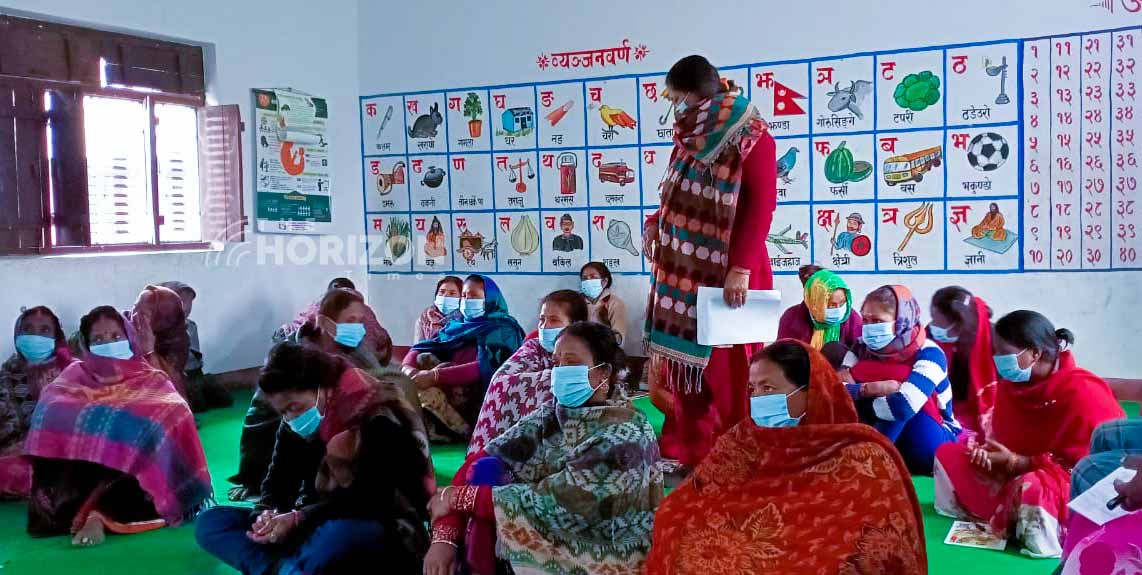 The campaign started form ward No. 5 five ended on Thursday with interactions and discussions among various stakeholders and women. According to the village municipality, discussions and interactions on gender equality were held in all the 7 wards under the program.

Discussions on various types of violence, legal awareness, rights and duties, discussions on child marriage with children and adolescents between the ages of 11 and 20, experiences of women entrepreneurs and women who want to become entrepreneurs were exchanged in fruitful way.

As violence against children and women and gender violence as well is on the rise, an awareness program is organized in collaboration with various organizations to reduce it, said village chairman Ayodhya Tharu.

Rural Municipality Vice-Chairperson Amrita Gurung said that such awareness programs in the society are expected to reduce gender and violence against women and child marriage. She said – “Discussion helps to learn which people are unaware.”

Chief Administrative Officer of the Rural Municipality, Min Prasad Bhattarai, said that a healthy society should be built by ending all forms of violence.

Executive member Devaki Kharel said that voices should be raised against various types of violence in the village.

The participants said that they have learned a lot in the interaction. The participants suggested that the rural municipality should run special programs in the field of women and girls, conduct income generating programs for women and stop child marriage in the society, and continue the awareness program.

Chief of the Social Development Branch, Binod Khanal, said that it was important to have a commitment not to commit violence and not to allow others to do the same.

The 16-day interaction was attended by ward chairpersons of 1 to 7 wards, people’s representatives, rural municipality employees, women of different villages and stakeholders.

The campaign, which started on November 25 with the slogan ‘Commitment to End Gender-Based Violence: Solidarity of Individuals, Society and All’, is coming to an end on December 10.

Road prioritization and maintenance in Municipalities