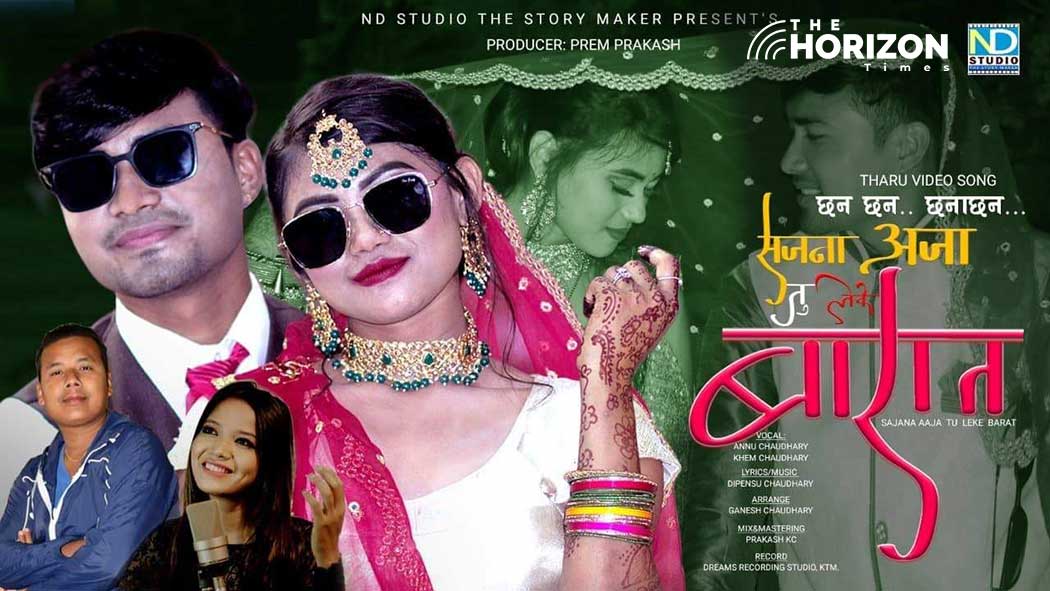 Kapilvastu, Nepal: Khem Chaudhary and Annu Chaudhary, famous singers of the Tharu community in Nepal, have released a music video of the song “Chhan Chhan Chhana Chhan”. The song is in Tharu language of Nawalparasi was made public by ND Studio on Friday.

The song “Chhan Chhan Chhana chan” has lyrics by Deepensu Chaudhary and music by Ganesh Chaudhary. Kep Chaudahry and Monica Chaudhary have acted in the music video of the song. The video, directed by Dipensu and Prince, was filmed by Patiram and Vijay Khojwar and edited by Suresh Chaudhary.

Similarly, singer Khem Chaudhary has sung melodious dozens of songs in the languages ​​of other Tharu communities including Dangaura, Rana, Bhojpuri and Nepali from East Mechi to West Mahakali. Singer Chaudhary also informed that dozens of local Tharu girls have been included in the music video as a chorus.

The producer believes that the music video can win the hearts of more and more viewers in the current wedding season.