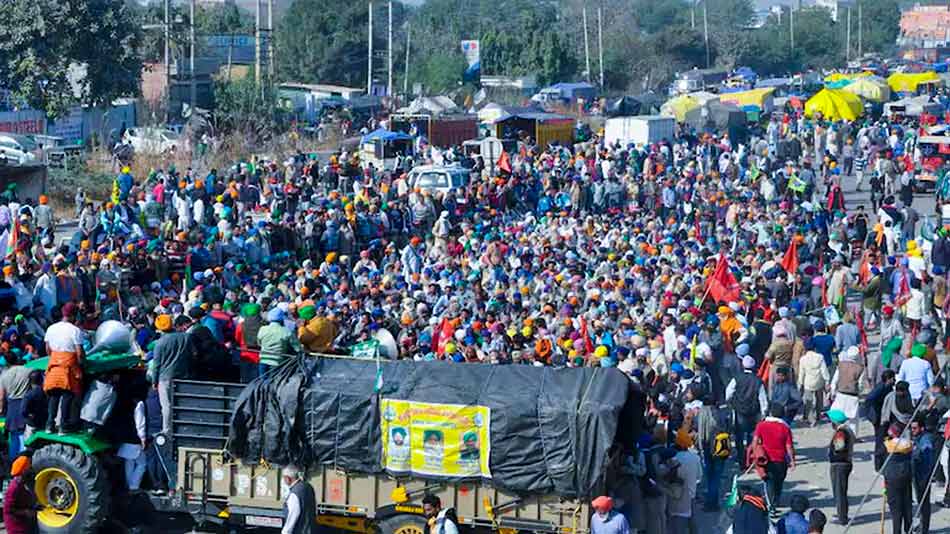 Farmers at the Delhi Border on Strike

Delhi, India: On Monday, farmers demonstrating against the new draft farm laws offered prayers on the occasion of Guru Nanak Jayanti at the Delhi-Haryana region and shared ‘prasad’ among each other and security staff.

Farmers demonstrating on the Tikri border and Singhu border were seen praying here to mark the birth anniversary of the father of Sikhism and one of the most respected Sikh gurus.

Talking to ANI, Manjeet Singh, President of the Bharatiya Kisan Union (Doaba), said that while farmers from Punjab have come to Delhi to oppose farm bills, they are enjoying the event with great enthusiasm.

“For us, this is a very propitious day. We are blessed that Guru Nanak Dev ji’s birthday is today. This is our ‘Sanskars’ in Punjab that we rejoice with great enthusiasm for Guruparva. Singh also said,” We’re also going to do the same tonight.

Singh also added,” We certainly came here from Punjab, but we’re going to celebrate Guruparva every year the traditional way we do. “We wish in Ardas that our Guru Nanak ji gives the government great judgement so that the “black rules” placed on us are abolished.

Farm owners have been opposing at different locations in Delhi and Haryana and have denied the Central Government’s promise to settle talks on December 3, saying that it is an affront to them to impose situations for opening a debate.

Approximately 32 farmer organizations, mostly from Punjab, and a few farmers from Gujarat and Maharashtra, finally reached Delhi on Friday and gathered to proceed their demonstrations in the border regions. The farmers are organizing protests against the Farmers’ Produce Trade and Commerce (Promotion and Facilitation) Act, 2020, the Price Assurance and Farm Service Agreement for Farmers (Empowerment and Protection)

Narendra Singh Tomar, the Union Minister for Agriculture, said that the central government is ready for dialogue with farmers’ unions on 3rd of December.