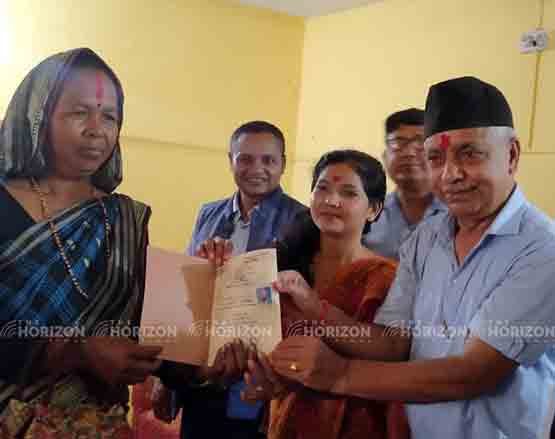 He said that red cards would be distributed to the citizens of village blocks in other wards of Shivaraj as well. Stating that the citizens who got the land cards are permanent residents, he said that they will get the services provided by the government and other agencies. The city chief officer also urged to solve the problem of land cards distribution in the city, which has just started, even though the survey has been started since 2026 BS.

Similarly, ward chairman Teklal Sapkota said that 62 people inward no. 3. The village block land in Kapilvastu, which started in 2026 BS, was normally surveyed in 2028 BS. So far, there are 1,093 village blocks and 67 market blocks from the former 81 VDCs of the district.