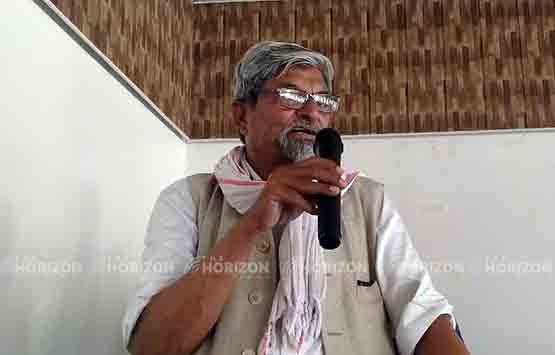 Nepal: Abdul Kalam, Mayor of Kapilvastu, Maharajgunj, said that the people’s representatives of some municipalities were an obstacle to development and said that it was not the case in Maharajgunj. He said this while addressing a program to honor the people’s representatives and employees of the district at Shivaraj Municipality-3, Kharendrapur Supadeurali Resort on Saturday.

He thanked all the people’s representatives for being able to identify the municipality as a dispute-free municipality in a span of five years. Mayor Kalam, while discussing the development work done by the city, urged to compare the Maharajgunj town five years ago with the present Maharajgunj.

Stating that a campaign has been launched to make 100 villages in the town free from mudslides, he said. He asserted that his schooling had created a conducive environment for ordinary citizens by using the city’s schools as quarantine and isolation.

He said that hospitals including Worthing Center and Dispensary are in operation by constructing health post buildings. Stating that the construction work of the 15-bed hospital will start in a few days, Chief Kalam said that after the construction of the hospital, the need to go to Butwal, Bhairahawa, Toulihawa, and other places for treatment will be removed.

He said that the school building was constructed at a cost of Rs 40 million with the assistance of the Indian Embassy in Sivabhari of the city. Stating that a state-of-the-art two-storey building has been constructed, Chief Kalam expressed confidence that the students would be facilitated in teaching and learning.

Meanwhile, Deputy Chief of the city Subhavati Kurmi said that the honor program would boost the morale of the employees. Stating that the people’s representatives who have been deployed in the service of the citizens have been honored, she thanked everyone for their remarkable work during the last five years. Video material of the activities of the city was also shown during the program.