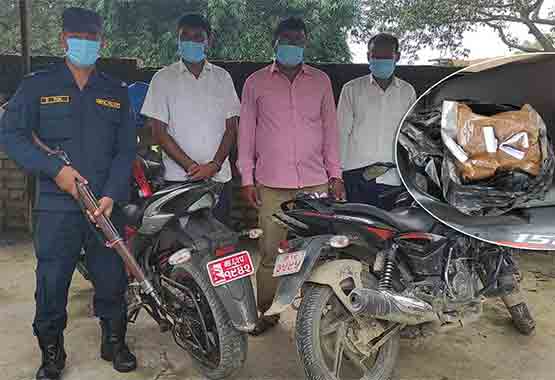 Crime in Nepal: Wardchairm arrested with brown sugar slapped in a Drug case

According to Parsa Police Spokesperson Omprakash Khanal, the other two arrested are 40-year-old Balistar Sahani and 52-year-old Ram Aadesh Sahani.

According to Khanal, Ward Chairman America and Ram Aadesh were riding a Pulsar motorcycle (Na 1 B 3595).

“Both the motorcycles heading to their village from Birgunj were stopped and checked and brown sugar was found,” Khanal said.

Khanal also said that the three were kept in the custody of the Area Police Office, Pokhriya and an investigation was launched into the drug case.