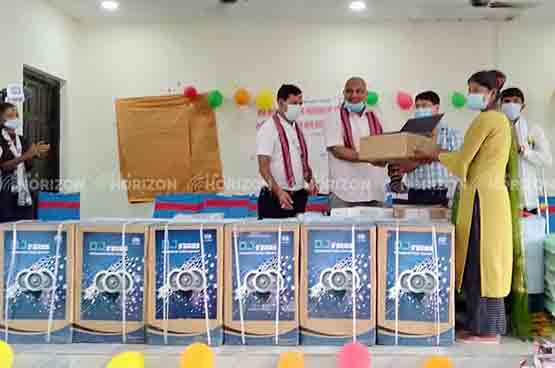 Debates with local stakeholders on child marriage with various advocacy and material handed over to adolescents, The Horizon Times, News of Nepal

He highlighted the need to play a role in problem solving and development rather than tackling it. In addition, the adolescents said that for the solution of local problems and development, measures should be taken to solve the problems by debating and lobbying with the local people’s representatives and stakeholders.

Speaking on the occasion, special guest Gautam said that the village would go against child marriage tradition and many other incidents that are happening day by day in the community who are against child future. He said that he would solve the problem of adolescents as his own problem. He also said that the adolescents have been supporting the rural municipality by conducting various programs.

Speaking on the occasion, the distinguished guest Lamichhane said that the knowledge and achievements gained in the training would help in the development of the society. He also said that there is an obligation.

Stating that ABC Nepal and Palhinandan Rural Municipality will always support each and every work done by the adolescents here, he said that it is important for all of us to raise our voice together for the solution of various problems such as child marriage. He also thanked the Palhinandan Rural Municipality for its liberalization support for building the future of adolescents.

In the program, Palhinandan rural municipality provided 48 tripods, 1 laptop, 1 projector, 1 copy, pen 1800 pieces, 6 sets of modular equipment to the adolescents of Palhinandan to increase their self-confidence and access to education.