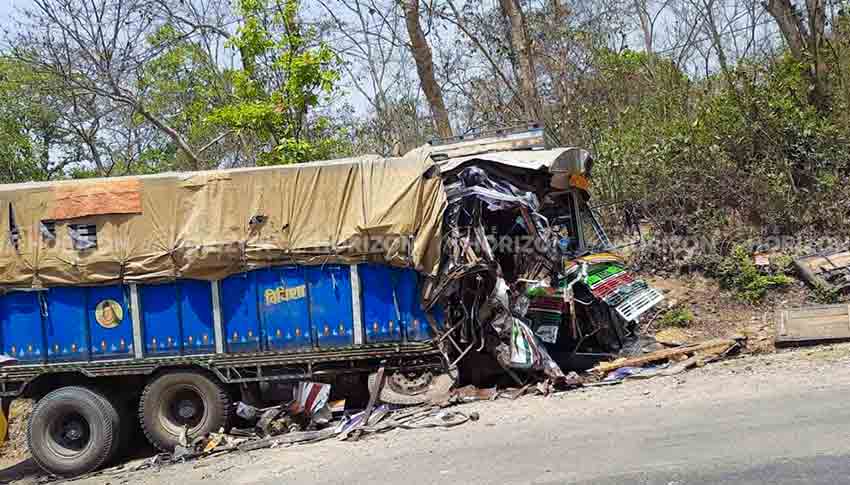 A passenger bus (Lu 1 Kha 5684) heading west from Butwal and a truck (Na 4 Kha 3012) heading in the opposite direction collided head-on at around 11 am on Tuesday.

More than 24 people were injured in the accident, said Dilip Chhetri, Inspector at the District Traffic Police Office, Kapilvastu.

According to Inspector Chhetri, the bus driver has died out of 24 are seriously injured while the condition of five others, including the truck driver, is critical.

Inspector Chhetri said that most of the injured were locals as the bus was plying on a local route.

According to the police, the condition of the 5 people, including the truck driver, is critical. Police rescued the driver.

Some of the injured have broken arms and legs and 4 others have suffered minor injuries.

The minor injuries have been treated at Buddha poly Clinic in Gorusinge and others have been shifted to Chauraha Hospital and Crimson Hospital, Butwal for further treatment.