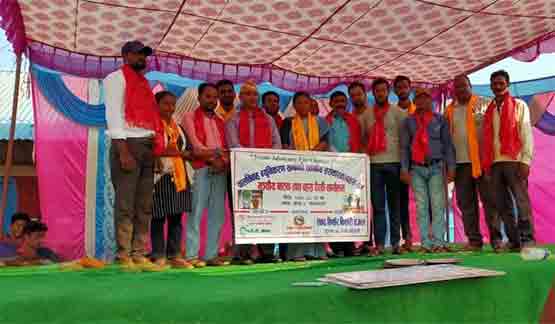 Chaired by Rima Kahar, Chairperson of the Network and Chief Guest by Ram Prasad Pandey, Chairperson of Susta Rural Municipality
A stage play program against child marriage has been completed.

Speaking on the occasion, Chairman Kahar said that parents are forcibly marrying children. As a result, the children’s education, as well as their future, has deteriorated. And in order to reduce child marriage, we must raise our voices against it from our own families, communities, and societies. She said that she will be involved in the child-friendly campaign with the slogan “Marriage is over twenty years”. She also urged all adolescents and their parents not to engage in child marriage.