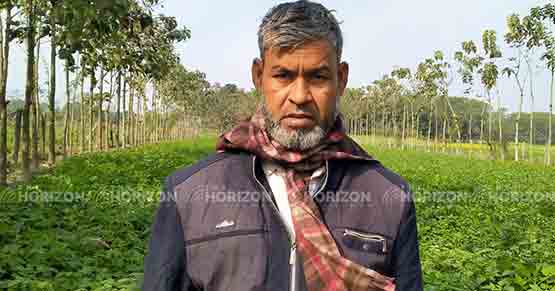 Example, how vegetable farming is a good source of income, The Horizon Times, News of Nepal

Nepal: He wakeup before the sun rises. And he is busy with farming in the fields along with lunch. His 3-year journey is going on after spending his daily routine in such work. He spends most of his time farming in the morning and in his spare time, then he looks best in doing veterinary business in the afternoon. Every day, most Muslim families help in farming.

They have been earning a decent income by cultivating more than 15 blocks of potatoes. They cultivate not only potatoes but also chillies, taro and wheat according to the season.

A 52-year-old Muslim resident of Bhadokhar, Shivaraj Municipality-11 of Kapilvastu has been engaged in commercial farming for the past three years. Farming has always been done in the traditional way, but in order to make a difference, they resort to commercial farming. Muslim families have become an example that something can be done in Nepal by doing agriculture.

In the first year of commercial farming, Muslims said that they have earned around Rs. 100,000. He also said that he has been earning more than Rs 900,000 annually by producing and selling grains including wheat, potato, Chinese mustard and chilli according to each season.

Stating that one can earn enough income from vegetable farming, he said that the support should be good with the family. The Muslims said that they are making good use of their free time by staying at home and having good employment and income.

He said that 130 katthas have become a good source of income even after cultivating various lands on their own land and using the house. The Muslims said that the income from vegetable farming is good in agriculture and they are forced to spend a lot of investment and labor. Larger farmers can use technical machinery but small farmers will have to invest more.

He said; “I produce potatoes and send them to Cold Store Lamahi. I sell them to traders when I get good rates in the market.” The Muslims complained that even though they produced vegetables and other crops, they have not received any help from anywhere so far.