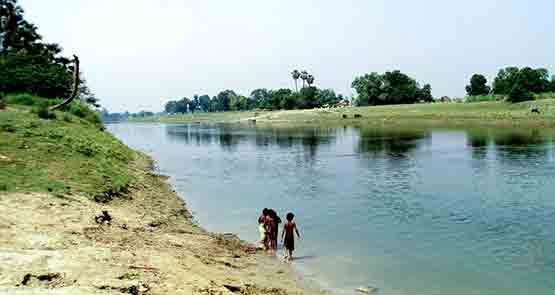 Gandak Canal of Nepal is undergoing major maintenance with an investment of NRs. 600 million

NawalParasi, Nepal: The Gandak canals at various places in West Nawalparasi, Nepal have been repaired and cleaned.

Maintenance work of Gandak canal has been started for regular irrigation in various cultivable lands within the district.

Due to the problem of abundant water in the canal every year, all the Gandak canals in the district have been cleaned and it has been made easy to irrigate the cultivable land from the canal water and help the farmers.

The Government of Nepal is carrying out extensive maintenance and cleaning of all Gandak canals in the country. The government is carrying out massive cleaning and maintenance of Gandak canal with the objective of managing the Nepal Gandak West canal irrigation system and supplying water to the cultivable land with a budget investment of NRs. 600 million every five years.

Farmers were also deprived of irrigation of cultivable lands due to lack of maintenance and sanitation of Gandak canal for a long time and various structures like siphon, gate and culvert of the canal became dilapidated. But the farmers are happy that the Gandak canal has been flooded since last year.

As per the Nepal-India Gandak Agreement, the Government of India has decided to irrigate the agricultural areas of the former 22 Village Development Committees of the district. The canal irrigation system was constructed in 2036 BS and handed over to the Government of Nepal.

The construction work of the structure of Ganga canal started from 2024 BS. It was completed in the year 2035. This has been stated by Haider Ali Momin, Chairman of Nepal Gandak West Canal Irrigation System Water Users Committee, Nawalparasi.