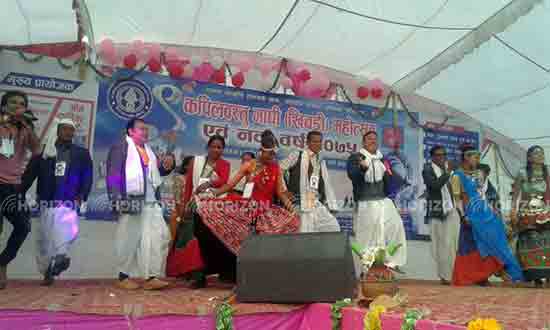 The Tharu people have been celebrating the Maghi festival in the month of Magh as the New Year. Especially in recent times, this Tharu community, which has succeeded in creating a separate identity in the Nepali society, is preparing to celebrate the festival in various places of Kapilvastu by continuing the great festival of Maghi. Uma Shankar Tharu, district president of Tharu Kalyankarini Sabha, said that the festival, which had been affected by Covid-19 for the past few years, would be resumed this year.

In order to make the city level Maghi Khichdi festival a success in Shivaraj Municipality, Buddhabhumi Municipality and Banganga Municipality, 101 main organizing committees have been formed in the three cities under the coordination of Indra Bahadur Tharu, Santram Tharu and Bhaggu Prasad Tharu respectively. Similarly, on the eve of Maghi festival, a massive blood donation program will be organized at Banganga Khichdi festival on January 20, said Kamal Chaudhary, media coordinator of the festival. According to Bhaggu Prasad Tharu, coordinator of the Banganga Festival, an honoring program will be organized for the elderly this year.

The festival of all the three municipalities will have an exhibition of various materials reflecting the language, art, and culture of the Tharu caste and a class of Tharu food items. Various dances and Jhanki of Tharu caste will also be exhibited. During the festival, Jhumra, Jharra, Badka dance, Lathi dance, Peacock dance, Sajani Birhani and record dance competitions will be held to reflect the Tharu culture.