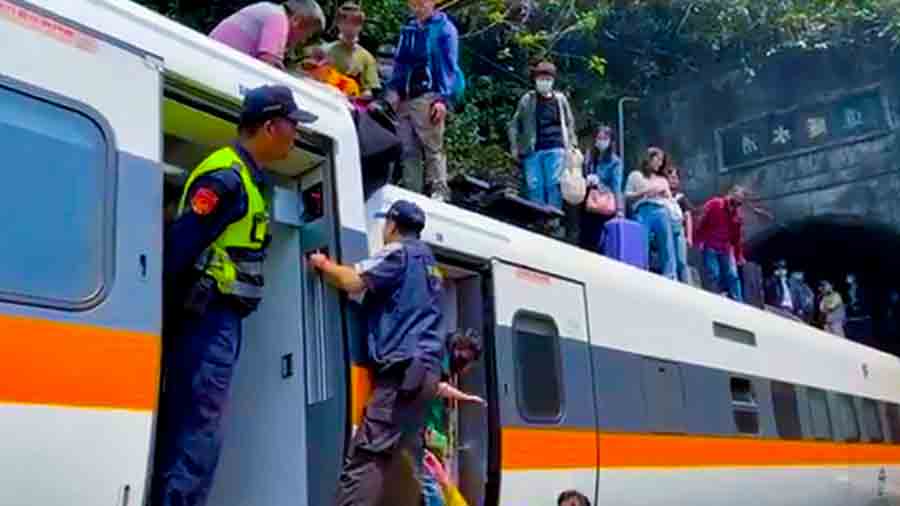 Taiwan: At least 34 people were killed when a Taiwan passenger train collided with a truck that had apparently dropped from a cliff and onto the rails.

The train slipped from its track to outside a rail tunnel on Taiwan’s east coast on Friday, injuring dozens of passengers, according to police.

To get to protection, victims were scrambling out windows onto the rooftop. Rescue operations in Hualien County are still underway, according to reports.

The accident happened about 9 a.m. on a national holiday near the Toroko Gorge scenic area.

According to records, there were 350 passengers on spot.