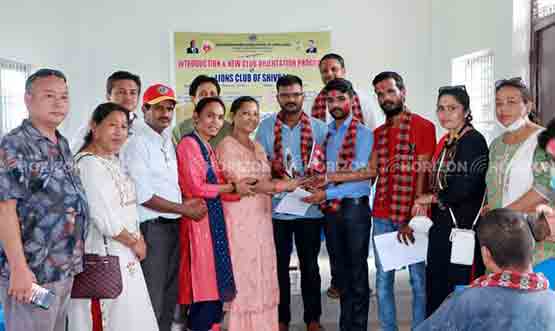 In the coming days, a special discussion will be held on the social services to be done by this club, said Chairman Pandey. He said that he would commit to playing a leading role by tearing down the growing distortions and anomalies in society and carrying social responsibility.

He also said that he would take initiative to bring programs targeting the youth at the local level of the community.

According to the committee, the program organized by the Lions Club of Shivraj in Kharendrapur on Saturday included an introductory program with the members and a meeting and discussion program with the elders from the Chitwan City Mercy Lines Club.