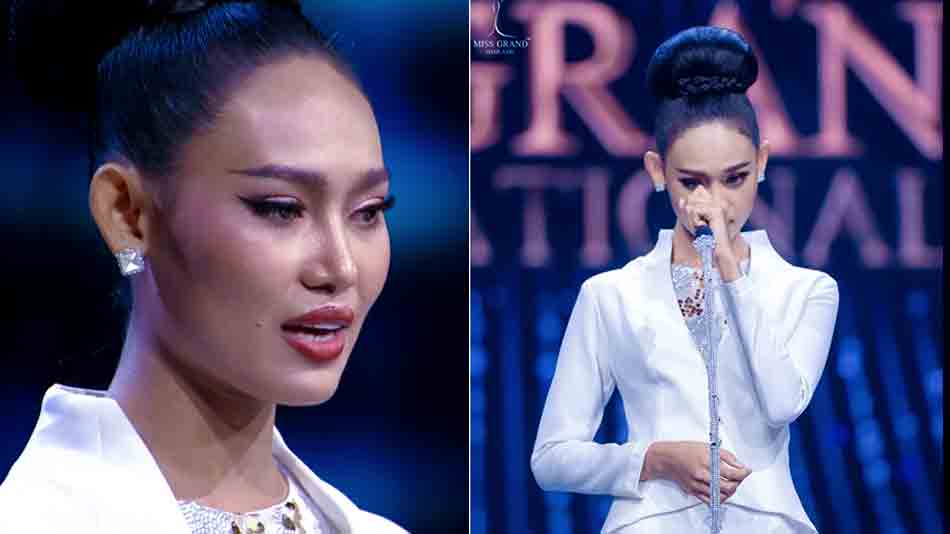 Myanmar: Han Lay, a Myanmar model, didn’t even win the Miss Grand International beauty pageant weeks ago, but she will be recognized as one of the most devoted candidates.

The same day that 141 protestors were murdered in a suppression by political leaders she said were greedy and exploiting their authority, the 22-year-old made headlines in Thailand with a heartfelt moment in which she appealed for “immediate international help” for her nation.

She said on Friday that her anti-coup comrades will not give up the battle, which has taken nearly 550 life in the couple of months since the generals deposed Aung San Suu Kyi’s current leader.

She told, “I can say one thing: we Myanmar people will never surrender.”

“They said they’d combat on the highway, and I’m battling my way onto the phase right now. So I believe we will succeed if they do not surrender.”

Since the coup, Myanmar has fallen into anarchy, with regular strikes and protests aimed at crippling the government, most of which have been ruthlessly crushed by military police using live rounds.

Youngsters have become the majority of the victims.

Han Lay’s move to talk out against junta, according to the contest’s founder, Nawat Itsaragrisil, means she will have to remain abroad.

“If she returns to Myanmar right now, she will not return home; she will return to prison,” he said.

She recalled her statement from Saturday’s competition, in which she kept fighting crying, as triggering profound sadness that she’s been still unable hold.

She claimed that she was still unable concentrate on the contest and that she felt guilty for the people who were struggling home.

“Beauty queens must always grin and communicate with each and every person on a personal basis,” she explained.

“I can’t feel good here because many people were killed in Myanmar when I was doing my everyday activities.”