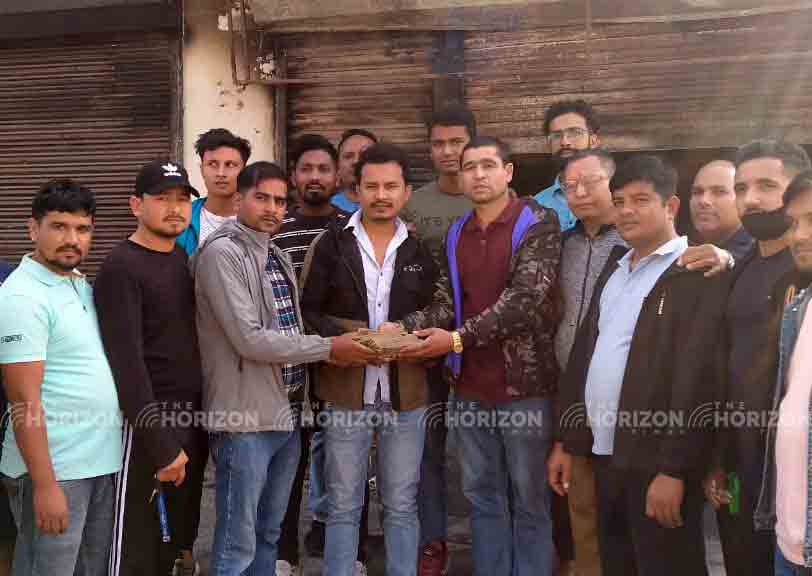 Rs. 300,000 assistance to firefighters of Chandrauta, The Horizon Times, News of Nepal

According to Bishnu Hamal, a young entrepreneur, more than 10 youths involved in fundraising from various donors have handed over financial assistance of Rs 150,000 each to fire victims Bishnu Bhusal and Baburam Giri.

Padam Dhakal, a young entrepreneur, assured that some relief would be provided to the aggrieved entrepreneurs in the hour of need.

It is said that the youths who have been applying ointment to the victims of every problem in the past have collected cash and provided it to both the affected businessmen to get some relief from the recent incident. The young entrepreneurs have appealed for help from other entrepreneurs as well.

The fire broke out at two shops including Chandrauta Fix Shop and Laptop Hospital in Chandrauta Bazaar, Shivaraj Municipality-5 of the district last Tuesday night, causing a loss of over Rs 9 million.