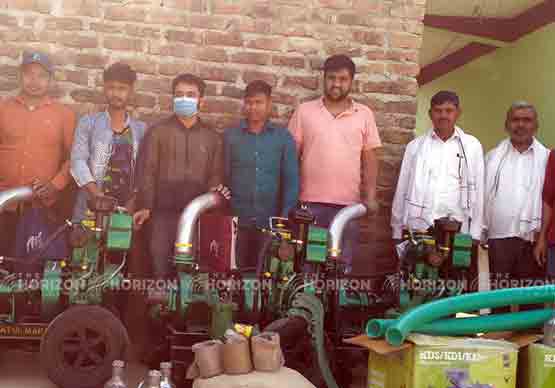 Shallow tubewell operation with power deal in Vijayanagar of Nepal, The Horizon Times, News of Nepal

According to Prakash Gyawali, Hydro Geologist of the office, the shallow tubewell with power deal has been constructed with the help of Ground Water Resources and Irrigation Development Division, Dang. He said that these three power deals can irrigate 7.5 hectares of land.

Similarly, mechanical officer Narayan Panthi said that a shallow tubewell with a power deal was constructed at a cost of Rs. 1.2 million. He also urged the Irrigation Consumers Committee to make maximum use of this agricultural equipment.

According to the Consumers’ Committee, the construction of the shallow tube well has been completed on the initiative of Nepali Congress parliamentary party leader Birendra Kumar Kanodia and Nepali Congress Kapilvastu district member and youth leader Shyam Chaudhary.

Nepali Congress Kapilvastu District Member Chaudhary said that more than 190 households in the area would directly benefit from shallow tubewells for agricultural production.