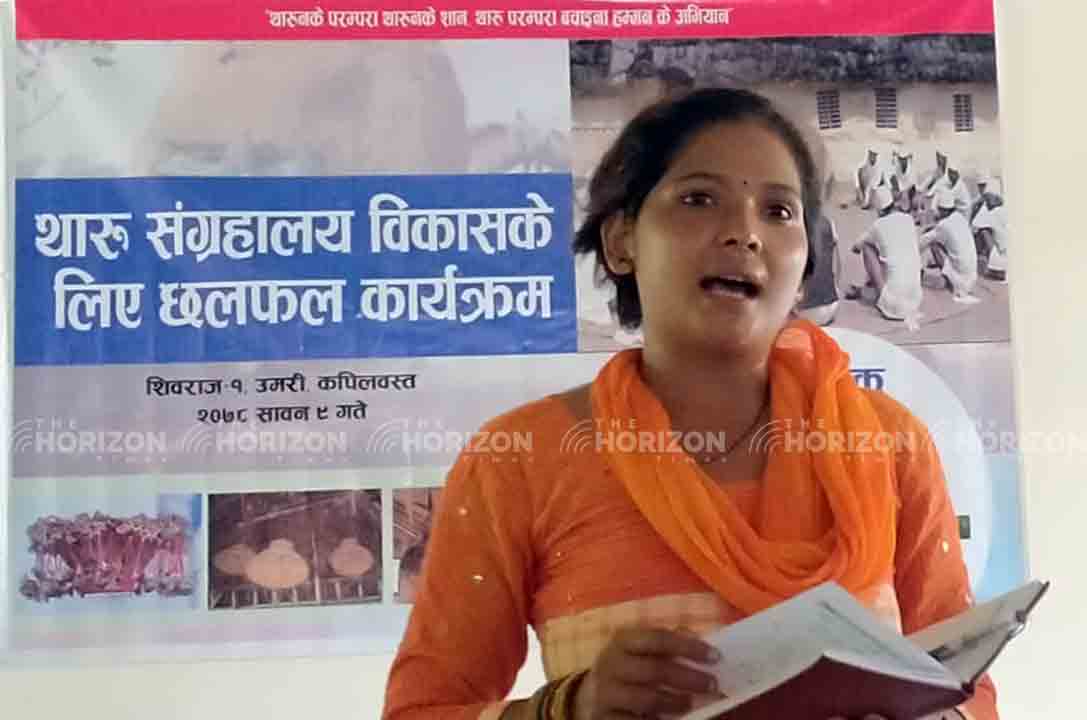 Kapilvastu: A discussion program has been held for the development of Tharu Museum under construction in Shivaraj Municipality-1, Umari of Kapilvastu. Chairman of the Museum Preservation Committee, Prakash Tharu, informed that discussions have been held on what kind of materials to manage inside the museum.

Addressing a discussion program at Tharu Museum Umari on Saturday, Shivaraj Municipality Deputy Chief Shiva Kumari Tharu said that the traditional handicrafts, culture, and traditions of the Tharu community should be handed over to the younger generation.

Recently, Tharu expressed her happiness that the Tharu youth have become aware and the community has become united. She said that ordinary citizens including Tharu intellectuals, social workers, and leaders gathered in the city and played an important role in the transformation of the society. Tharu clarified that every community has a positive attitude towards the construction of the museum.

City Deputy Chief Tharu said that Rs. 10.40 million budget is kept for museum constructions in fiscal year 078/079.  Stating that her community is lagging behind, she said that tharu is the only community in the world that is rich in culture and she will be made aware of it as an ethnic identity.

Facing various obstacles in the construction of the museum, Tharu informed that a community building was constructed within the museum by allocating Rs 2 million for the prosperity of Terai Madhes last year.

Out of the budget of Rs. 7.5 million for the last fiscal year 2076-077, the first installment of Rs. 3.2 million was paid. According to Tharu, the Shivraj Municipality has paid Rs 3.2 million as a tenth installment as the construction of the museum is incomplete.

Deputy Chief Tharu also mentioned that the people need to know how much work they have done in the last four and a half years.

At the program, more than 65 local Tharu leaders from 23 villages in the city suggested to help in the development of the museum. The leaders also expressed their commitment to provide Tharu handicrafts and other materials in the museum.

The program was chaired by Prakash Tharu, Chairman of the Tharu Museum Conservation Committee.