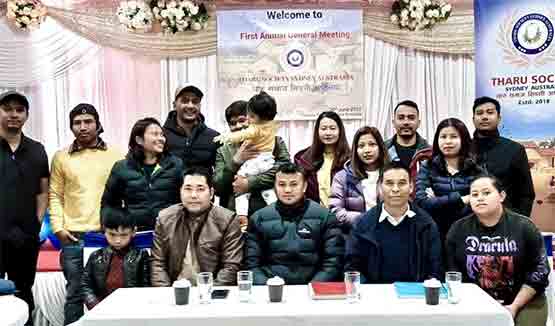 Dip Narayan Chaudhary has been re-elected as the chairman of Tharu Indegineous Society Sydney, a Nepali tribal organization in Australia.

A new 23-member working committee has been selected under the chairmanship of Chaudhary from the general assembly held in Rockdale, Sydney. Simon Chaudhary, Nimesh Lekhi, Prithvi Chaudhary, Sofia Chaudhary, Rinku Chaudhary and Shishir Chaudhary have been elected as vice president, joint secretary, treasurer and co-treasurer respectively.

A three-member advisory committee has been formed under the coordination of Rameshwar Chaudhary. Its members are Durgananda Chaudhary and Shukai Chaudhary.

Public Officer Arun Chaudhary said that the working committee has been selected by reviewing the various charitable works and programs done by the society so far.

Dip Narayan Chaudhary, president of the newly elected society, said that they would work for the rights and interests of the Tharu community as well as the students.