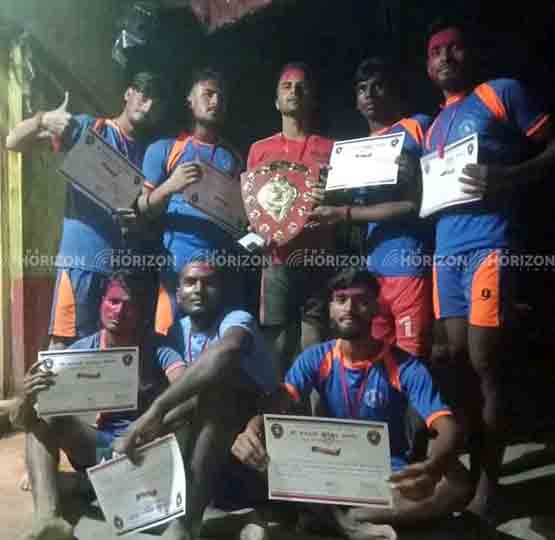 There was a fierce battle in Kabaddi, The Horizon Times, News of Nepal

Nawalparasi: An open men’s Kabaddi competition program has been held in Sarawal Rural Municipality Ward No. 6 Pusaili of West Nawalparasi.

Speaking on the occasion, Chief Guest Churihar wished success to all the winners and losers in the coming days as the Kapardi Sports Competition organized under the theme “Sports for Health, Sports for the Nation” was a grand and dignified success.

Speaking on the occasion, special guest Yadav said that the mental and physical problems of the players would be removed from the competition and that a healthy balance would be maintained. He also expressed his happiness over the victory of his entire team and wished good luck to all the players. He said that even though he was the people’s representative of a ward, he always supported the players and said that he was a sports lover and participated in the game.

Among the guests at the closing ceremony were social activists Chhotelal Gupta, Rammilan Yadav, Pintu Gaud, Pashupati Yadav, and Ram Sakal Yadav. The program was conducted by journalist Mahesh Yadav.